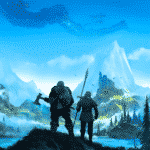 You’ve done it again! As you are reading this, the Valkyries have ferried more than FIVE MILLION souls to Valheim to uncover ancient treasures, sail savage seas, and secure the tenth Norse world. 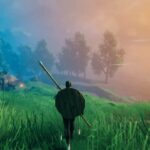 Always keep one marked portal at home and take resources to build the second right after landing on another island. If you will die, linked portals will help to grab back your loot. You don't really need an outpost on every new island. Just secure your landing, set workbench and portal, link it with the same at the main base. When you are...[Read More] 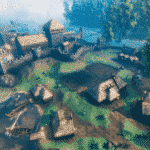 It only took about five days for the second million to be torn off the shelves. In comparison, it took nine days from the game's launch until the first million were sold, which shows just how popular Valheim has grown. In the past weekend alone, half a million copies were sold.

Swedish viking game Valheim takes the world by storm – sells over one million in first week!

Swedish viking game Valheim takes the world by storm.Surpasses over 1.000.000 Units Sold in One Week and becomes one of the fastest selling debut games in history! Coffee Stain Publishing reveals its viking smash hit, made by just five developers, has surpassed over one million in sales in its first week, claiming the number one spot on t...[Read More] 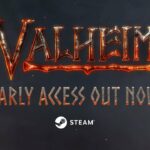 Valheim is officially out on Early Access! How will you spend your first day on the 10th world of the Yggdrasil? Will you build shelter in hopes to survive or face death and venture into the wilderness?