Once You Spit, You Can’t Quit! 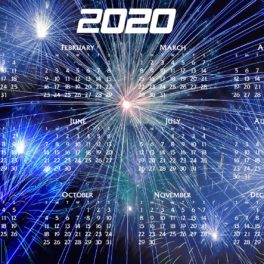 Game Calendar for 2020 for Pc, Xbox, PlayStation, and Nintendo.All the best video games release of 2020 sorted by months, see the links to read more about a game. The game of the month is highlighted with a picture before each month.The list is chang...[Read More] 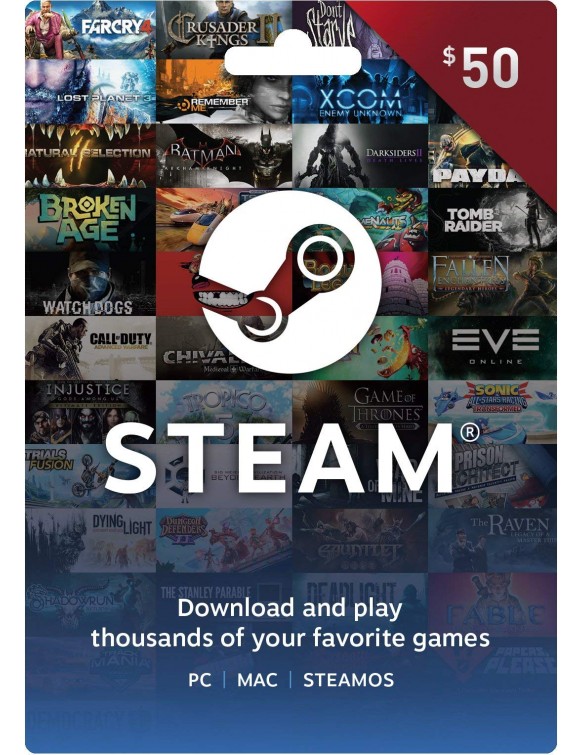 If you got problems with page loading in proper, you can use this link: https://www.onono.no/fall50 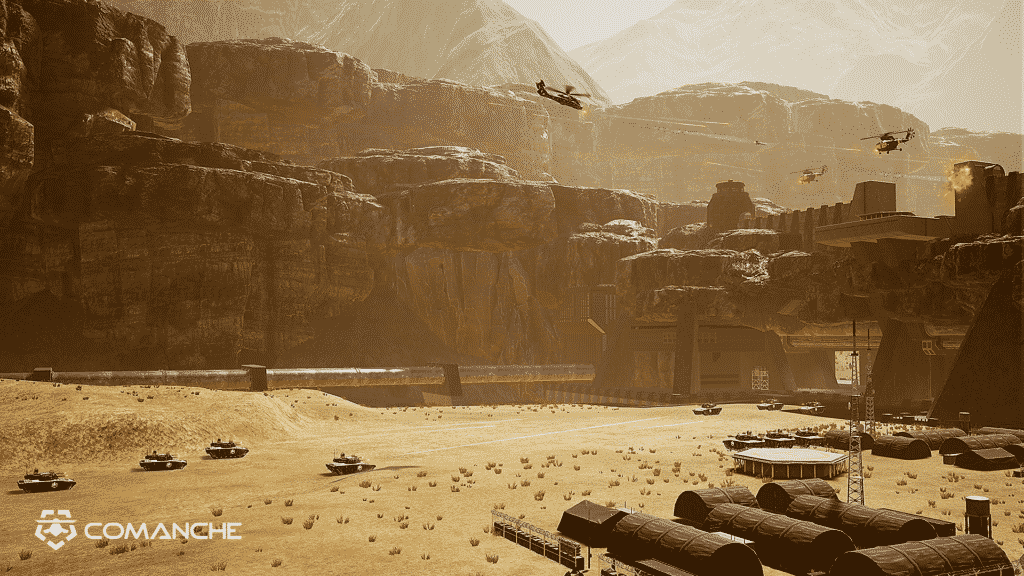 Update 3 will add the new single-player mission “Bank Job” to the campaign, where the player leads an assault of ground forces with his Comanche attack helicopter. Together with a whole IJTF Strike Force, the Comanche will witness a full offensive against the Kude Core’s last stronghold in the middle of the desert. 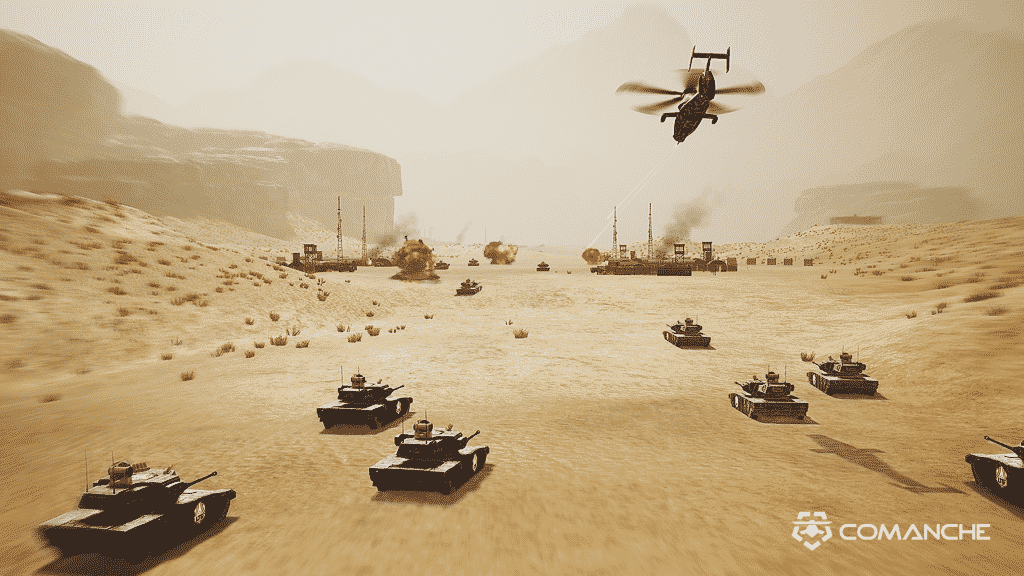 New single-player mission “Bank Job” to the campaign, where the player leads an assault of ground forces with his Comanche attack helicopter. 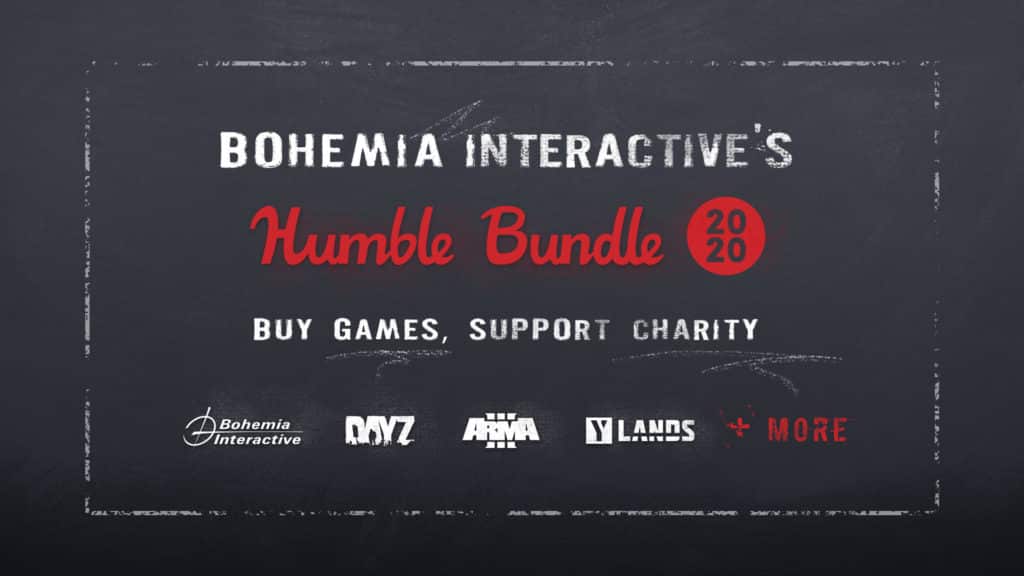 Press release The bundles with several pricing tiers unlock games such as Arma 3, DayZ, and Ylands, as well as a whole lot more. The bundle went live this week on Tuesday, August 4th, and will be available until Tuesday, August 18th, offering a variety of games worth over $318. For those wanting to go all-in on everything Bohemia, here are a few of the options in the bundle: PAY USD$1 – Arma X: Anniversary Edition, Take On Mars, Take On Helicopters, and more PAY USD $$16.82 – Arma 3, Ylands Exploration Pack, UFO: Afterlight, and more PAY USD $20 for Arma 3 DLCs – Arma 3 Apex, Arma 3 Jets, Arma 3 Tac-Ops Mission Pack, and more PAY USD $30 – DayZ, and Arma 3 Contact All of the funds raised will support both the American Red Cross and Doctors Without Borders. Head over to the Humble Bundle page to find out more about the bundles. Buy splendid games, support awesome charities! 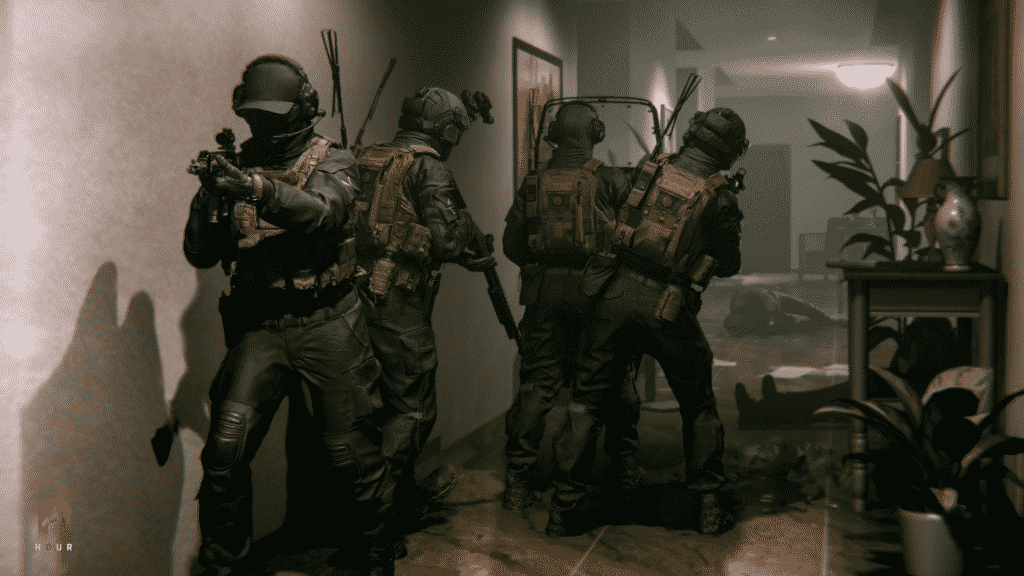 Experience an online gameplay where the Special forces tries to take control of the terrorist invaders with co-operative and tactical precision. But the terrorists aren’t the only team who came prepared. Watch till the end for the release date. Steam Store: https://store.steampowered.com/app/1359090/Zero_Hour/ 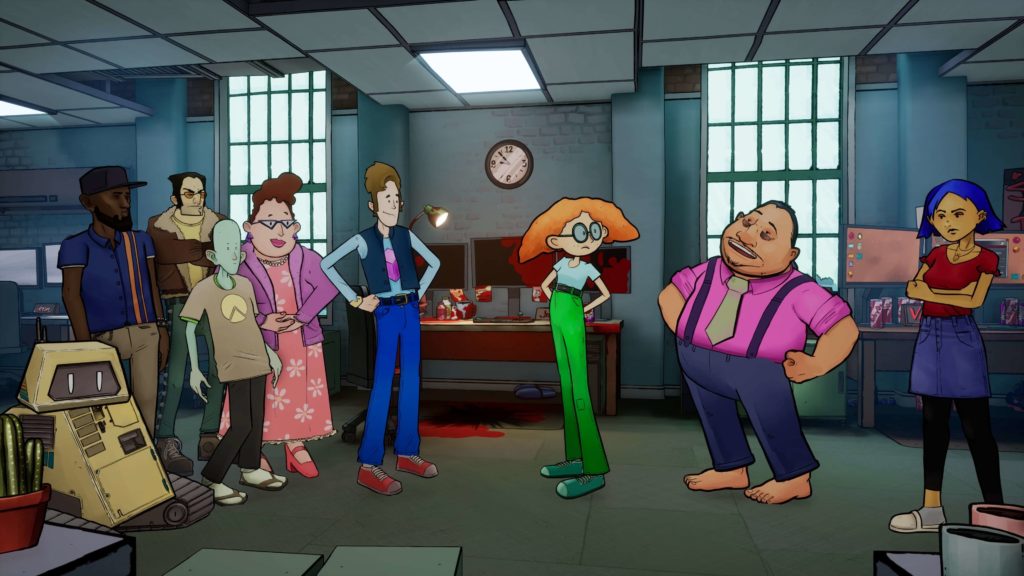 You can check out all FREE games at the moment HERE. 3 out of 10 is free on Epic Games for a limited time. 3 out of 10 is divided into 5 episodes, and new episodes will release weekly. Join the ongoing adventures of developers at the “world’s worst video game studio”, Shovelworks Studios, as they endure antics both absurd and topical. Part animated show, part game, 3 out of 10 is the first playable sitcom. We’re 99% sure that’s true. You can tell us if we’re wrong. Download from Epic Games 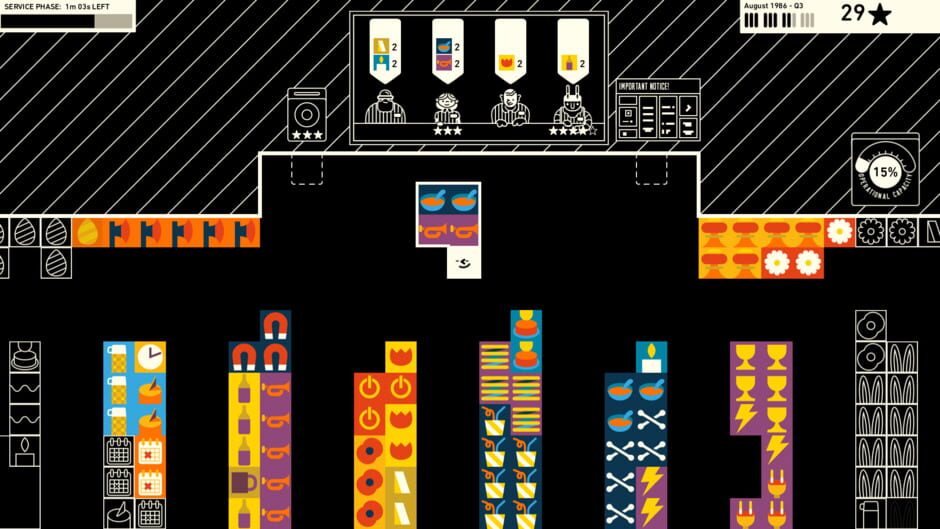 Wilmot’s Warehouse is a puzzle game for people who like organising things. You are Wilmot, the employee at A5 Logistics who is responsible for organising and storing all of the products in the warehouse. 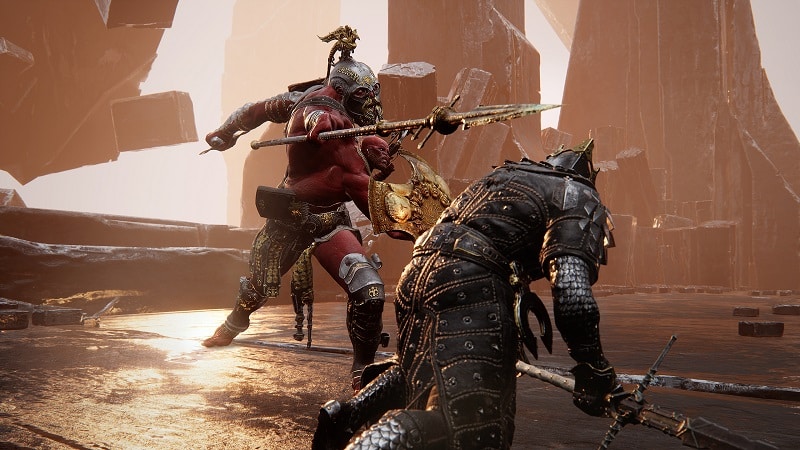 Press release London, UK – Wed. August 5, 2020 — Following the outstanding response to the Mortal Shell Beta, which was downloaded by more than 350,000 players in one week and surpassed more than 6 million views across Twitch and YouTube, developer Cold Symmetry and publisher Playstack are thrilled to announce that the dark action-RPG will be available in digital stores worldwide on August 18, 2020 for PlayStation 4, Xbox One, and Windows PC. The game’s release date was revealed in an enthralling new trailer, which for the first time showcased Mortal Shell’s ranged weapon, the Ballistazooka. Capable of launching heavy iron bolts at devastating speed, the Ballistazooka is powerful enough to impale enemies and pin them onto nearby structures. The trailer also provides a new glimpse at more of the game’s fearsome adversaries, its stunning landscapes, and the mysterious fourth Shell, Solomon. Mortal Shell,created by a small and passionate team of development veterans, will launch at $29.99 (€29.99 / £24.99) on the Epic Games Store, the PlayStation Store, and Xbox Games Store. The PC version comes to the Epic Games Store as a timed-exclusive. A Steam version will release later in 2021.  Launching Mortal Shell worldwide is a dream come true, Cold Symmetry’s four co-founders Our commitment to our fans is to create a soulslike game that is authentic, uncompromising and unrelenting. We were humbled by the popularity of the beta and we closely studied the feedback we received to create something that we are incredibly proud of. Cold Symmetry’s four co-founders Mortal Shell is already achieving the kind of pre-release metrics that would turn heads at any publisher, be it indie or triple-A. I am delighted that Playstack has delivered a publishing and marketing campaign that ensures the game gains the exposure and response it truly deserves. More than anything I can’t wait for fans around the world to finally play it from August 18th. Harvey Elliott, Playstack chief executive 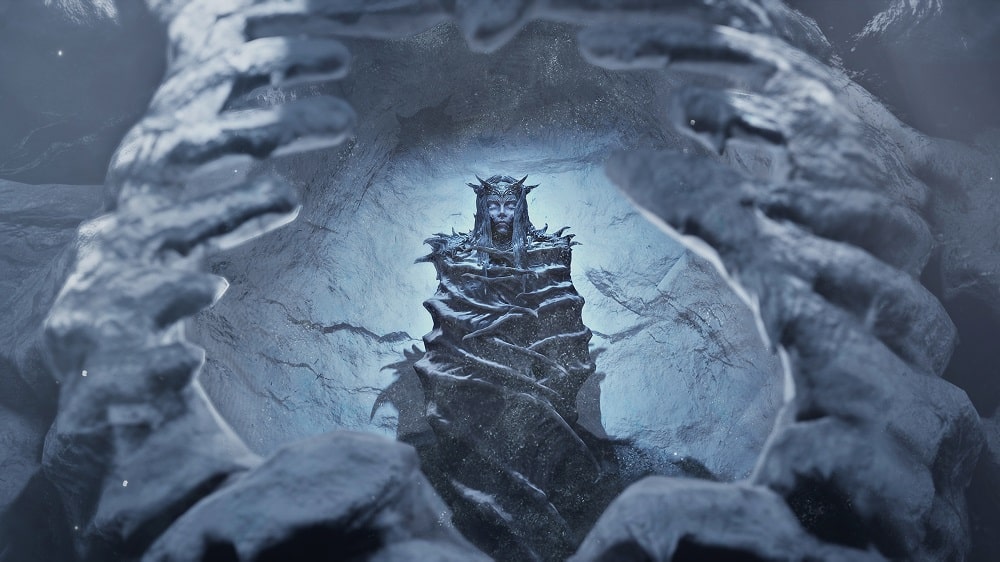 In Mortal Shell’s most hallowed grounds, you must overcome formidable foes and harvest the sacred glands. You won’t be truly alone when the dead litter your path: Scattered across this land are the remnant anima of lost warriors who can be inhabited to gain their unique abilities and knowledge of weapons. The Dark Father is desperate for you to complete your task — but to what end? Mortal Shell coming August 18 to PC / PS4 / Xbox One. 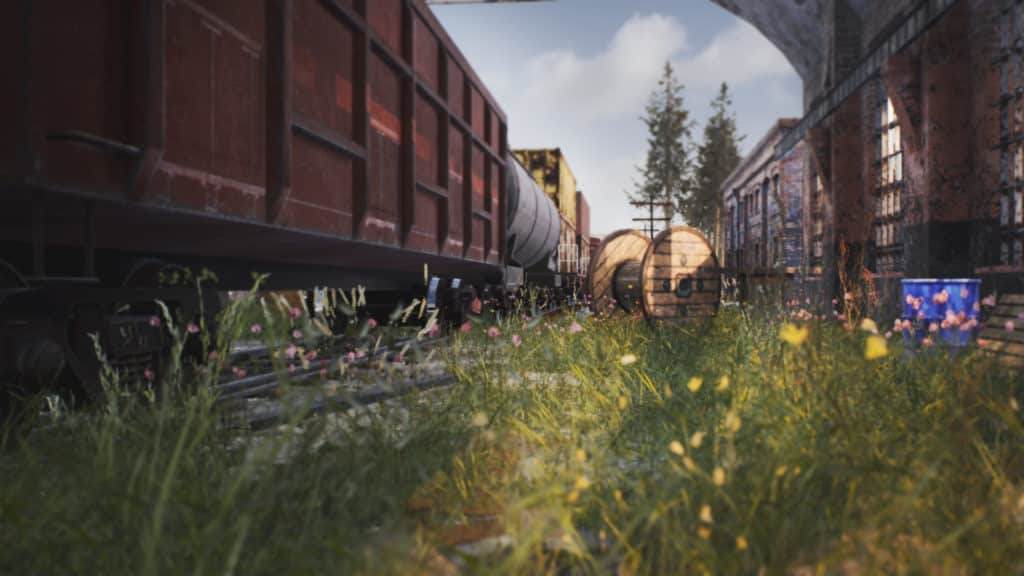 ANAREA is an arcady game composed of skilled, dynamic and competitive gameplay mechanics. The quick and smooth movements and physically accurate shooting mechanics (recoil, reset time, travel time, bullet drop, drag… unique for each weapon) contribute to making ANAREA a challenging and hard to master game, pushing the players to always improve. Strategic decisions related to combat passives and consumables system must be done during momentum while the gas shrinks, which enhances the core mechanics, increases possibilities and makes each game different. The game is aiming to evolve progressively, always trying to take into account the feedback of the community, thanks to dedicated forums and social medias https://www.playanarea.com

Read more
We use cookies to ensure that we give you the best experience on our website. If you continue to use this site we will assume that you are happy with it.OkPrivacy policy